Complimentary and Alternative Treatment Options for Mood Symptoms in Pregnancy 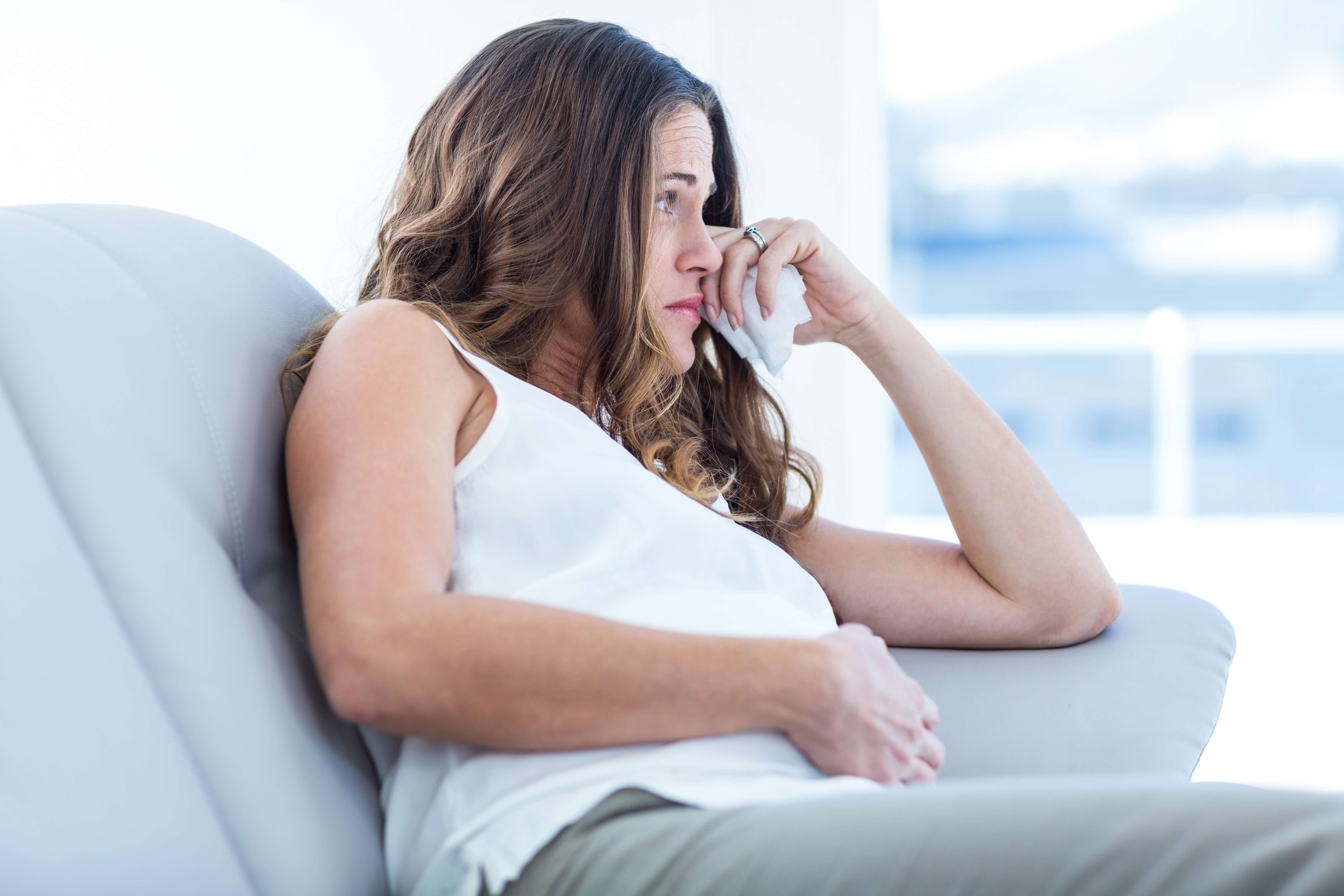 It is much more common for women to develop feelings of anxiety and low or irritable mood during pregnancy than one might expect. The good news is that treatment options are plentiful to help manage these symptoms and allow a woman to have a positive and enjoyable pregnancy. The traditional treatments we often consider include psychotherapy and medications. However, there are many more complimentary treatment options to explore. These can be used in conjunction with more traditional paths, or, in certain cases, as primary treatments. Let’s review the possibilities.

Massage as a form of treatment can be quite varied, and includes different techniques – Swedish, Chinese, Shiatsu, and others. No one technique has been demonstrated to be superior in pregnancy, so I recommend choosing the one that feels best for you. It has been studied as a way to target chronic pain, headaches, and stress.

Pregnancy massage has been shown to decrease symptoms of depression and stress, decrease postpartum depression rates, as well as decrease rates of prematurity and low birth-weight (both potential complications of depression in pregnancy). It has been studied as a primary treatment as well as in combination with other forms of treatment such as psychotherapy. One way to involve both parents is partner massage. A study found that the partners (fathers) who gave pregnant women a massage also reported lower levels of stress and anxiety.

Acupuncture is an ancient Eastern treatment that seeks to address imbalances in the emotional, psychological, and spiritual worlds of an individual. The physiological effects of acupuncture occur through modifications of the neuroendocrine and hormonal systems via the hypothalamic-pituitary system and cortisol. Consistent appointments with a caring clinician, space for relaxation, and devoted time for self-care are just a few of the benefits of acupuncture.

Some studies on acupuncture as treatment for depression in pregnancy are positive, while others do not demonstrate a significant effect. Research into the efficacy of acupuncture during pregnancy is in the early stages, but has been promising. One early pilot study found that women who underwent acupuncture for depression had a 69% reduction in symptoms (Manber 2004). This is comparable, for example, to the results with a course of psychotherapy. A follow-up study several years later similarly noted a 53% reduction in depression scores and 29% remission of symptoms after an 8-week course of acupuncture (Manber 2010).

Bright light therapy involves exposure to a lamp of 5,000 -10,000 lux, usually for at least 10-60 minutes per day in the early morning. One benefit of light therapy is that it can be done at home! Several theories explain why pregnant and postpartum women might respond well to this treatment.

The first is that during  pregnancy and the postpartum period, many moms spend many hours indoors, decreasing their natural exposure to daylight, due to bedrest, fatigue, sleep deprivation, or the difficulty of getting outside with a newborn. This, in turn, can change a woman’s circadian rhythm and the production of melatonin, the hormone responsible for our sleep-wake cycle. Second, bright light affects a woman’s serotonergic system and estrogen levels. Serotonin is the neurochemical known to regulate mood and anxiety, and is the target of many antidepressant and antianxiety medications. Estrogen levels are dynamic throughout pregnancy and postpartum. There is also some very early evidence that bright light stimulates the gonadotropin (luteinizing hormone) which is responsible for estrogen production. Finally, sleep disturbance is a significant part of pregnancy and the postpartum period (Crowley and Youngstedt 2012). Sleep debt causes changes in our circadian rhythms.

A few small early studies provide promising results, noting improvement in mood in as little as 3-5 weeks after consistent use of a bright light lamp. Women who are pregnant or postpartum and struggling with mild to moderate symptoms of depression may be good candidates for Bright Light Therapy, particularly if there is a reluctance to consider medication management. It allows for a comfortable in-home treatment option with the initial investment in the purchase of a lamp.

Every pregnant woman is encouraged to take folic acid as a supplement during pregnancy. Folate is important for the formation of the neural tube – the precursor to the spine and brain. But did you know it has also been studied as a treatment for depression? Research has found that up to a third of those with depression have decreased folate levels and those with low levels do not respond as well to antidepressants.

There has been some mixed research on whether taking supplemental folate helps improve depressive symptoms – both by itself and in conjunction with other antidepressants. Some studies where patients were prescribed folic acid did not find a difference, while others did find that folate led to improvement in symptoms. In several of the instances where a difference was noted, the researchers prescribed patients the active form of folate called L-methylfolate.

There are two primary types of Omega-3 fatty acids found in supplements: EPA (eicosapentaenoic acid) and DHA (docosahexaenoic acid). Pregnant women often take these as supplements because omega-3 fatty acids are essential for the development of babies’ brains and they have a protective effect during pregnancy to promote good outcomes.  One theory of depression relates to the inflammatory response in the body – that is, inflammation increases the risk of developing depression. Omega-3s act on the inflammatory system and several studies have shown that they can help treat the symptoms of depression.

There is mixed data on whether taking Omega-3s can treat depression during pregnancy or postpartum. One study from 2008 gave pregnant and postpartum women Omega-3s or a placebo as well as psychotherapy (Freeman et al. 2008). They found no significant improvement with Omega-3s beyond the improvement noted with psychotherapy. But overall all the women improved, perhaps due to the psychotherapy. A different study of pregnant women showed that those taking Omega-3s had lower depression scores after 6-8 weeks of follow-up (Su et al. 2008).

The good news is that Omega-3 fatty acid supplements are well tolerated by women, and all studies have showed no significant side effects. They are also essential for a healthy pregnancy and for fetal development. At this time, there is not good enough research to support using Omega-3 fatty acids as a primary treatment for mood disturbances during pregnancy or the postpartum period, but it is a reasonable addition to a comprehensive treatment plan.

These are just a few of the complimentary treatment options for women who are pregnant or postpartum and struggling with emotional distress. Hopefully there will be more research into these and other alternative interventions soon. I recommend seeking out a trusted provider as the first step to any treatment plan and discussing how these options fit into yours.

Dr. Anna Glezer is the founder of Mind Body Pregnancy, an online educational resource that helps women with their emotional well-being and mental health during pregnancy, delivery, and postpartum. 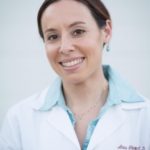 Dr. Glezer began her training at Harvard and then transitioned to the University of California, San Francisco, where she has been a practicing physician on faculty with joint appointments in the Department of Psychiatry and Department of Obstetrics/Gynecology and Reproductive Sciences. She is board certified in adult psychiatry, a member of the American Psychiatric Association, and on the executive council of the Northern California Psychiatric Society and the American Academy of Psychiatry and Law.She has worked with hundreds of women going through the emotional challenges of conception, pregnancy, loss, and postpartum. She has been interviewed for and her written work has appeared on multiple leading sites, including Huffington Post, Fit Pregnancy, Health Line, Help Guide, and more. She has also presented at local and national conferences and published in academic journals. This past September, she established the first annual Bay Area Maternal Mental Health Conference.Recently, she launched the educational website Mind Body Pregnancy, aimed to inform women, their partners, and their providers about mental health and emotional issues common in the reproductive years.She began her private practice to help women throughout the Bay Area access reproductive mental health services and is really passionate about helping as many women as possible.Areas of Specialty:Mood disorders, including perinatal and postpartum depressionAnxiety disorders, including general worry, panic, and intrusive thoughts and OCDPremenstrual dysphoriaMiscarriage and pregnancy lossInfertilityLife transitions & relationships. www.annaglezermd.com