What You Should Know About Antenatal Screening, Part 3 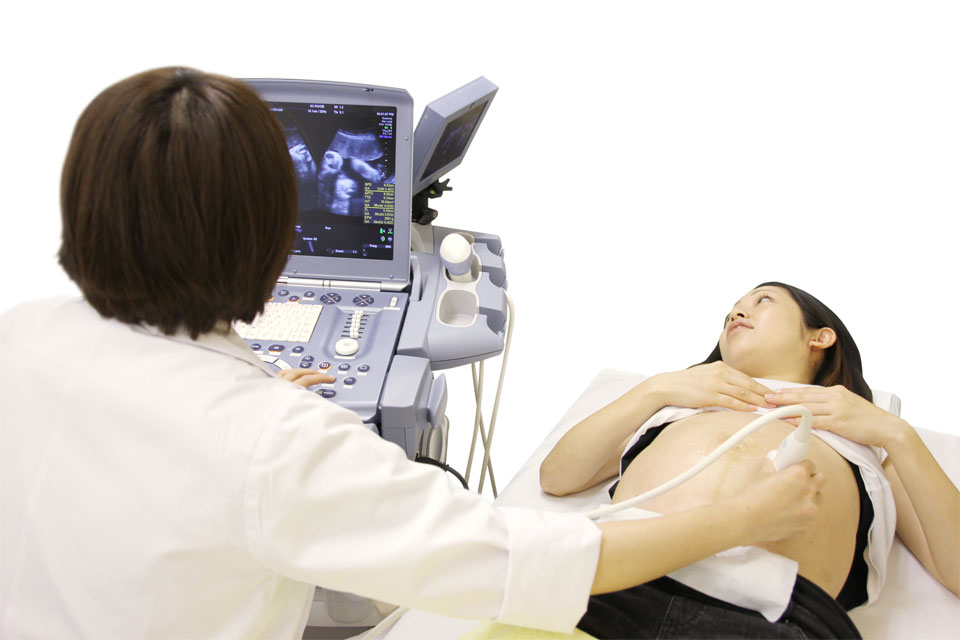 An ultrasound is an excellent tool for evaluating fetal defects, conditions or syndromes. When considering Down syndrome, there is a 50% detection rate for this condition when using an ultrasound as a screening tool. When doing a fetal anatomy ultrasound, we look for “soft markers” for Down syndrome. There are numerous soft markers, but the ones that are most significant are short arm or leg measurements, thickened skin behind the neck (nuchal fold), a bright white spot on the heart or bowel (echogenic intracardiac focus or echogenic bowel, respectively), and dilated kidney pelvis (pyelectasis or hydronephrosis). These markers are called soft markers because they increase the risk for Down syndrome, but do not make this condition a certainty. Each soft marker is associated with a likelihood ratio (or ratio of risk), which measures the strength of an association of the soft marker with the presence of Down syndrome. In addition, most soft markers are not considered birth defects.

There are some soft markers that are strongly associated with Down syndrome and some that are so weak that it is almost negligible. For example, the 35 year-old patient discussed previously (Part 1) had a 0.4% age-related risk of having a baby with Down syndrome. If I found a thickened nuchal fold on the routine ultrasound for fetal anatomy, the likelihood ratio of this finding for Down syndrome is 11-18.6. This ratio now becomes a multiplier of the patient’s age-related risk (0.4% x 18.6 = 7%), which increases her risk of having a baby with Down syndrome from 0.4% to 7%. If I found pyelectasis, this soft marker carries a likelihood ratio of 1.5-1.6, and the patient’s risk would increase from 0.4% to 0.64% (0.4% x 1.6 = .64%). When multiple soft markers are found, the likelihood ratios multiply on one another and back on the age-related risk, and the overall risk is significantly increased.

It is difficult to predict how patients will accept counseling over soft markers. Patients think of risk on different terms, and one person may not be concerned with a 7% risk while another may be devastated with a quoted risk of 0.6%. If you find yourself in this situation, it is important that you ask as many questions needed in order to understand exactly what the findings mean.

What if a major fetal abnormality is found?

Up until this point, I have mostly focused on Down syndrome. There is a reason for this. There are some babies that have Down syndrome that are mildly affected and some that are profoundly affected. This is similar to what we can see on an ultrasound of a Down syndrome fetus. On ultrasound, some fetuses may show no soft markers and others may have multiple soft markers or even major defects. Overall, the presence of soft markers is not indicative of the severity of Down syndrome. With antenatal screening, we mostly focus on the detection of Down syndrome because, to be quite honest, it is difficult to miss spina bifida or Trisomy 18 or 13 on a routine anatomy ultrasound, since these conditions typically have very obvious fetal abnormalities. With these conditions, there is a 98% spina bifida detection rate using ultrasound compared to the 50% detection rate for Down syndrome as stated above. Trisomy 18 and 13 fetuses are also rarely missed on ultrasound because there are many abnormalities present that are largely incompatible with life once born. As a result, the available antenatal screening tests are mostly focused on Down syndrome detection because this condition can be missed on ultrasound.

Quad and combined screening can offer valuable information regarding the pregnancy, but patients must understand that the false positive rate will be higher as age increases compared to patients less than 35 years old. These tests do have the advantage of being widely covered by health insurance companies and are thus available to the majority of pregnant people. NIPT/cffDNA is gaining in popularity due to superior detection rates and lower false positive results. However, NIPT/cffDNA screening is not broadly covered by insurance companies or available to all pregnant patients.

In general, I recommend a NIPT/cffDNA screen in patients 35 years and older based on age alone. If the insurance company does not cover the test or if the out of pocket fee is too much, I discuss the quad and combined antenatal screening testing options with my patients because these tests are still valuable in assessing risk. If a patient does not want an antenatal screening blood test, an ultrasound is a very good tool to screen for spina bifida and Trisomy 18 and 13. There is always a possibility that a Down syndrome pregnancy may not be detected using ultrasound alone.

For more information go to  What You Should Know About Antenatal Screening: Part 1 and Part 2!