One Fish, Two Fish, Red Fish, Blue Fish: How Much and Which Fish Are Safe to Eat in pregnancy? 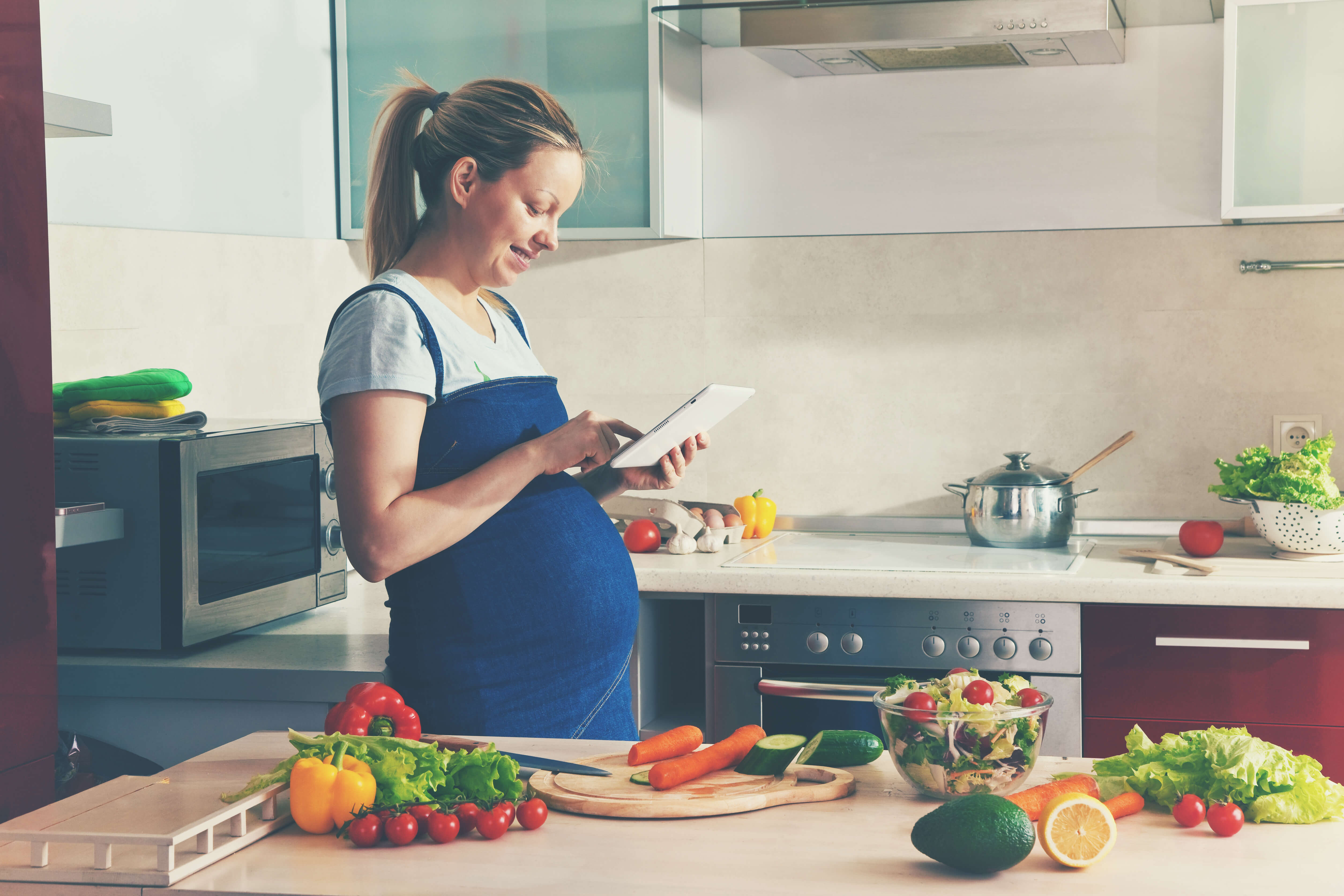 With so many types of seafood and fish oil supplements available to us, it is hard to understand how they each measure up and which are safe in pregnancy. You may have heard that some fish and shellfish contain too much metal called methylmercury and can be harmful in pregnancy. However, it is also important to have enough fish in your diet to provide healthy omega-3 fatty acids to optimize our baby’s brain development.

Effects of mercury
Fish may be contaminated by methylmercury in the environment, which can harm your growing baby. The US Food and Drug Administration (FDA) recommends during pregnancy to avoid the following (completely) in your diet: shark, swordfish, king mackerel, and tilefish due to high levels of mercury. These large, carnivorous fishes tend to accumulate the most mercury because they are higher on the food chain and live longer. White (albacore) tuna should be limited to 6 ounces per week. Methylmercury cannot be removed by cleaning or cooking the fish and can lead to neurological (brain) damage to the baby.

In May 1956, Congenital Minamata disease (methylmercury poisoning during pregnancy) was described which occurred from ingested seafood contaminated by a chemical plant into Minamata Bay, Japan. Babies of mothers who ate the seafood had serious neurological symptoms including abnormal reflexes, impaired intelligence, difficulty walking and symptoms that resembled cerebral palsy.1

However, avoiding fish all together (in order to prevent methylmercury toxins) is not recommended by the US FDA or the American College of Obstetricians and Gynecologists (ACOG).

Benefits of fish
Fish is healthy because it is low in saturated fat and high in protein and iron and is the primary source of two omega-3 fatty acids (EPA and DHA). These omega-3 fatty acids are important for development of your baby’s brain and vision.2 Additionally, DHA and EPA help to prevent heart disease in adults. There are also some studies which have attributed intake of EPA and DHA to a decreased rate of preterm delivery.

Fish is the only food that provides adequate DHA without the use of supplementation. The current recommendation by the US FDA and the ACOG is to consume 8-12 ounces of a variety of fish (low in mercury) each week to achieve 200-300 mg/day of DHA. This is equivalent to 2-3 servings of fish every week. Fish that are low in mercury and high in DHA include: anchovies, Atlantic herring, Atlantic mackerel, mussels, oysters, farmed and wild salmon, sardines, snapper and trout.4 Oily fish contain more DHA than non-oily fish.

The National Geographic Society has an excellent online resource with additional information regarding various species of fish with both mercury levels and information regarding fatty acid levels (click here for more information). Certain smart phones also have apps for ease of looking up specific fish species and mercury levels for pregnant patients. You should also check advisories about fish caught in local waters.

Preparing the fish
The US FDA also recommends against eating raw fish, commonly found in various types of sushi, sashimi, lox or smoked fish. This is to protect against various microbes (harmful bacteria and viruses) in uncooked foods. Cook fish to an internal temperature of at least 145F. Cook shrimp, lobster and scallops until they are milky white. Cook clams, mussels and oysters until their shells open (shells that are open prior to cooking need to be discarded). The process of cooking relaxes the adductor muscles of the shellfish and the shell opens. If their shell does not open, do not eat them. Consider preparing grilled or broiled fish as compared to fried fish, which contains fewer calories, especially if you have diabetes.

Fish oil supplementation
Current recommendations are to take 200-300mg/ day of DHA as most women do not eat adequate amounts of fish. Supplements containing either fish oil or DHA from algae are available over the counter, which are generally low in mercury. Other foods that contain omega-3 fatty acids include: flaxseed, canola oil, walnuts, sunflower oil, pine nuts, and soybeans. A number of foods are also now fortified with DHA including: milk, yogurt and eggs.

The link between dietary fish intake and neurological development has been clearly established, as compared to DHA supplementation and the amount of DHA obtained in other food sources.3 This type of supplementation has not been demonstrated to promote development of the baby’s brain and while pregnant women can get omega-3 fatty acids from many sources, most experts recommend eating seafood for this purpose.

Dr. Joey England is a Maternal-Fetal Medicine Specialist at the UT Health System in Houston, TX.