Part 1 Of The "Got twins?" Series: The Different Types Of Twinning 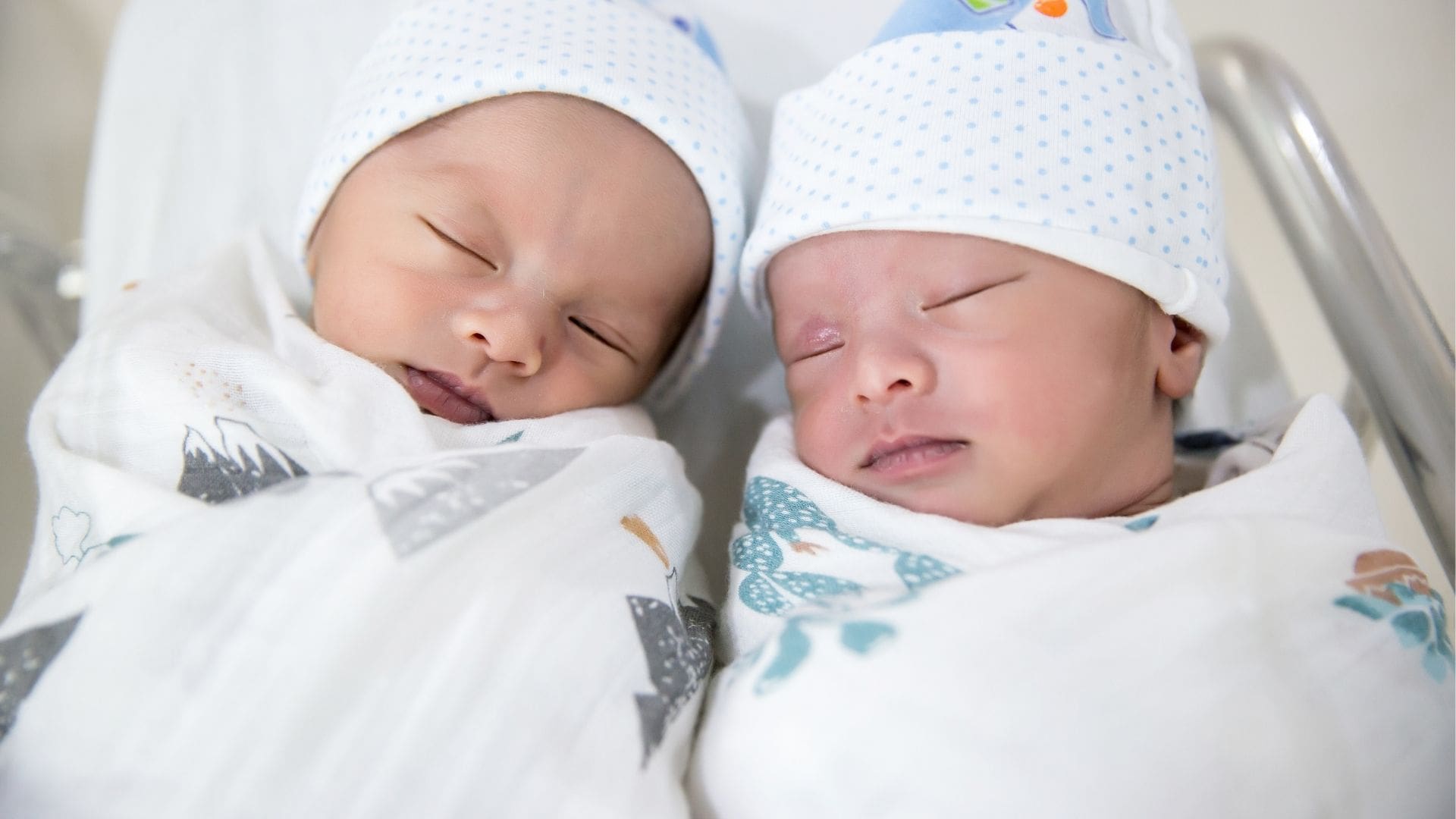 Most people can think of someone they know or someone famous who either is a twin or has had twins. As exciting as the prospect of having twins may be, the presence of “more than one heartbeat” is only the beginning of the twin pregnancy story.

What are the different types of twins?

The difference between “identical” and “fraternal” twins often comes to mind, but from the obstetrician’s point of view things are a little more complex. First, let’s consider “identical” twins or twins that look exactly alike. In medical terms, we call these twins “monozygotic”, meaning the twins started out as a single fertilized egg that split into two embryos/fetuses that have essentially the same genetic makeup. On the other hand, fraternal twins are “dizygotic”, meaning they formed from two separate fertilized eggs and developed into two embryos/fetuses with their own unique genetic makeup.

The rate of monozygotic twins has remained steady over the last several decades, and across different cultures, at a rate of approximately 4 per 1000 live births. The rate of dizygotic twins varies by ethnic group, with one of the lowest rates in Japan (3 per 1000 live births) and one of the highest rates in the Yoruba tribe in Africa (about 1 in 22 live births). The rate of dizygotic twinning increases between the ages of 35-40, due to the increased likelihood that two eggs instead of one will be released during ovulation. In addition, undergoing fertility treatments increases this risk even further. For example, clomid and other hormonal treatments increase the risk that more than one egg will be released during ovulation. Finally, some patients have opted to have more than one embryo transferred during a cycle of in vitro fertilization (IVF).

Even with an early ultrasound, it may be difficult to tell whether twins are monozygotic or dizygotic. During an ultrasound, we look to see if each twin has his or her own placenta and amniotic sac or if they are shared. These differences are perhaps the most important when it comes to assessing pregnancy risk for twins. Let’s consider this classification:

In this type of twinning, each fetus has their own placenta (“di“- meaning “two” and “chorion” meaning “placenta”) and amniotic sac (“diamniotic” meaning two amnions). Approximately 75% of dichorionic, diamniotic twins are dizygotic twins and approximately 25% are monozygotic. In the case of dizygotic twins, each fetus starts as a separate fertilized egg, and therefore develops his or her own placenta and amniotic sac. In the case of dichorionic, diamniotic monozygotic twins, the twins start as one fertilized egg that separates very early into two separate embryos; early enough for the development of two separate placentas.

On an early ultrasound of dichorionic, diamniotic twins, a thick dividing membrane between each fetus can be seen with clearly separate sacs, and often a wedge of placental tissue pushes up between the two sacs as if to separate them. Sometimes one placenta is on one side of the uterus and the other is on the opposite side, which makes the distinction even easier. Later in pregnancy, if one fetus is male and the other is female, the twins are considered dichorionic, diamnioitic, and dizygotic. In the case of dichorionic, diamniotic, and monozygotic twins, the sex of the fetuses will be the same, so the diagnosis will rely on the thick dividing membrane and locations of the placentas.

When I am explaining a twin pregnancy to my patients, I often use the analogy that the presence of different placentas and amniotic membranes is like each twin having their own room. Each room might be a little different, but each twin has their own “space”. When considering the potential complications of twin pregnancies, the combination of “two placentas, two amniotic sacs”, is the least risky. In the absence of other complications, patients with “di-di” twins can continue pregnancy until around 38 weeks.

These twins began as monozygotic twins, forming from one fertilized egg that split into two embryos/fetuses. These twins share a placenta (monochorionic), but each twin has their amniotic sac (diamniotic). The division from one fertilized egg into two embryos occurred a bit later than what occurs when twins that have their own individual placentas. Because the twins share essentially the same genes, the sex of the twins will be the same. On early ultrasound, one placenta is seen, and the dividing membrane is very thin.

To continue the room analogy, this is like when the twins share a room, but each twin has their own bed and side of the room. Most kids I know who share a room don’t usually share the room equally. This can be seen with the monochorionic, diamniotic twins. Monochorionic twins are at risk of a condition called twin–to-twin transfusion syndrome (TTTS) which occurs in approximately 15% of monochorionic, diamniotic twin pregnancies with a shared placenta. In TTTS, blood vessels run within the shared placenta connecting blood vessels between the two twins. One twin (the recipient) gets more of the blood and nutrient supply than the other (the donor), which can be detrimental to both babies without detection and treatment.

TTTS can be identified with ultrasound, and the earlier it is detected, the better. Because of the increased risk with TTTS, frequent ultrasounds are recommended for mono-di twin pregnancies (at least every two weeks). If TTTS is identified, treatment options are available. For a detailed discussion of TTTS and treatment options, please click HERE!

You may have guessed this one! In this case, the twins share both a single placenta (monochorionic) and a single amniotic sac (monoamniotic). As seen with mono-di twins, these twins share a placenta and are at risk for TTTS. Additionally, the twins share one amniotic sac. In the room analogy, the twins share the same room and the same bed. Just as to two kids sleeping in one bed can get tangled up in one another, these twins are at risk for umbilical cord entanglement. For this reason, patients with “mono-mono” twins are often admitted to the hospital early and delivery is planned between 32-34 weeks of pregnancy.

This is an exceptionally rare form of twinning (approximately 1 in 50,000-150,000 live births) that occurs when the division of a fertilized egg happens very late (almost 2 weeks after fertilization). As a result, the twins are attached at certain areas of their bodies. Delivery of conjoined twins should occur in a specialized center. Some conjoined twins cannot survive while others may survive. The ability for surgeons to separate conjoined twins depends heavily on the location in which the twins are conjoined and whether or not vital organs are shared.

Click HERE for Part 2 of the “Got Twins?” Series! 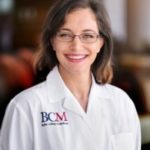 Dr. Fox practices in the Division of Maternal-Fetal Medicine at the Baylor College of Medicine/Texas Children's Hospital in Houston, TX. She sees patients primarily at the Maternal-Fetal Medicine Center at the Pavilion for Women. She cares for women with a variety of medical conditions complicating pregnancy, and works with the Fetal Center team to care for women referred to the Fetal Center for fetal treatment. Her particular clinical interests include caring for women with morbidly adherent placenta (placenta accreta, increta and percreta) and pregestational diabetes. Dr. Fox completed medical school at The University of Texas Health Science Center at San Antonio. Prior to her medical training, Dr. Fox served in the US Army and was recognized as the Soldier of Year in Fort Hood, TX in 1997, and was inducted into the Sergeant Audie Murphy Club, an exclusive society to commend and promote leadership amongst enlisted soldiers. She completed Obstetrics and Gynecology residency and a fellowship in Maternal-Fetal Medicine at The University of Texas Medical Branch at Galveston.