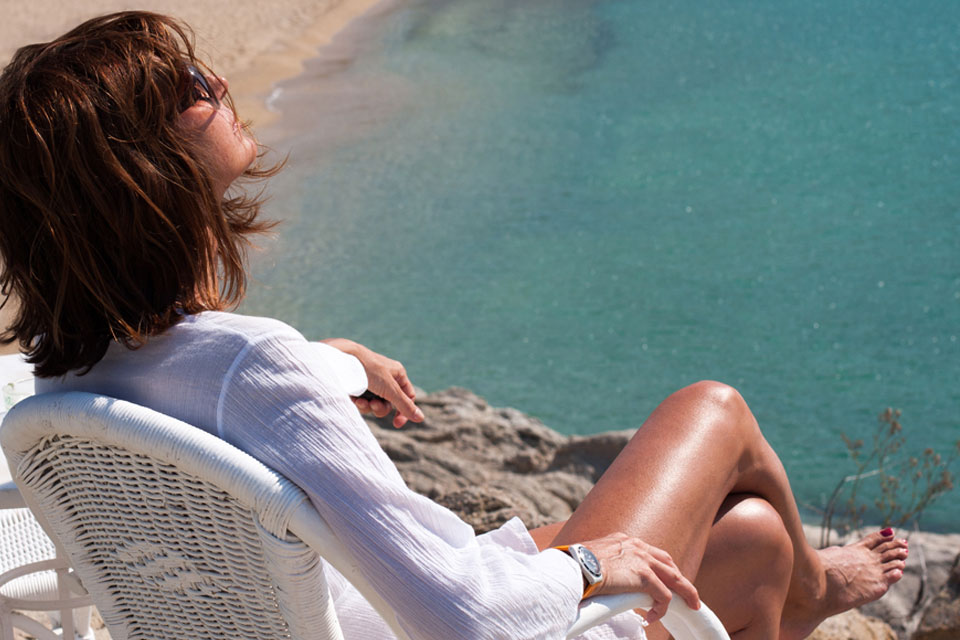 At the age of 39, I was a newlywed and trying to get pregnant. I know 39 may seem a bit “mature” to be trying to knock-off two very lofty life goals, but that’s how it worked out for me. I spent most of my 20s and 30s training to become a Maternal-Fetal Medicine specialist, or high-risk pregnancy doctor, which put my family planning goals on hold. By age 38, I was finished with my training, traveling, enjoying life, and I had not yet met “Mr. Right”. I truly felt that I was “OK” with the prospect of not marrying and not having children. Then he walked into a sports bar during a Texans game and everything changed.

Once I met Rene, we realized that we both wanted the same things in life. As a result, our relationship moved quickly. We were married within 18 months and a few months after, we started trying to become pregnant. Fortunately, we became pregnant immediately. Unfortunately, that pregnancy ended in miscarriage. We knew that with my being 39, getting pregnant would not be easy. It took my body a few months to get back on track hormonally, but then we started trying again.

By this time I was 40 and had scheduled a routine appointment with a dermatologist for a “mole check”. It was something that was in the back of my mind ever since I went to a dermatologist to get two broken blood vessels lasered off my nose before my wedding. She had recommended that I have all my moles checked, but with the wedding, honeymoon and miscarriage all happening within 6 months’ time, it was easy to defer. On the day of my appointment, Rene and I were on a bike ride. The weather was sunny and beautiful, so I told him that I wanted to reschedule my appointment because I wanted to enjoy the day with him. He disagreed, so we hustled home in time for my appointment.

Being an OB/GYN, I can say that getting your whole body, cracks and crevices and all, checked is very similar to getting a pap smear. It’s a bit embarrassing and uncomfortable, and you just want it to be over as soon as possible. She documented every spot that was notable and told me there were two spots that she wanted to send for biopsy. One was a mole I had on my arm since I was a child, but had some recent color changes. The other was a spot on my left anterior thigh that had started out as a dark spot or flat mole, but over the past six months had changed in shape to a “starburst” of sorts. The biopsies were painless. I wasn’t worried and just figured the biopsies were a precaution.

A few days later, I was at work about to start an overnight shift on labor and delivery. Just before I took the pagers from my colleague, my dermatologist called me with the results. All I heard was “melanoma”. I understood it was the spot on my thigh. I understood I was going to have to have additional surgery. Everything else was a blur. My colleague sent me home so I could tell Rene.

My diagnosis was “melanoma in situ”, which is Stage 0. This means that the cancerous cells, or melanocytes, are confined to the very top layer of the skin–the epidermis. In melanoma terms, this is the best diagnosis to have. The treatment was a wide-local excision to remove surrounding tissue in order to make sure all the margins around the spot were negative. The spot on my thigh measured only 7mm, but a much larger area had to be removed. Because it was located in a large muscular area that is under tension due to daily physical activity, the wide-local excision had to be done in such a way that there would not only have good cosmetic results, but would heal without causing stretching of the scar afterwards. I ended up with a defect that was 2.7cm wide, 6cm long and about 1cm deep. That very small area is now a significant scar that is a daily reminder of how lucky I am.

Since it was melanoma in situ, no further treatment was needed. I get mole checks every three months and have since had several other spots removed that have been benign. Because melanoma can occur in the gums, I see the dentist three times a year. I use tons of sunscreen whenever I am outside, and I try to stay covered up if I am going to be outdoors for an extended period of time. I have been to the beach since, but stay in the shade and still wear tons of sunscreen. I am constantly assessing whether I am getting too much sun. I am probably a bit obsessive when it comes to being in the sun, but over time I am hoping I will feel more relaxed.

Looking back, I did have many sunburns as a child and during my teens and 20s. I did go to the tanning bed, and I did sun bathe on vacations or whenever I had the chance if I wasn’t working or studying. Once I got to my mid-30s, though, I started noticing sunspots, broken blood vessels and other skin changes, so I cut back on all forms of tanning and really tried to rehabilitate my skin purely out of vanity. That spot had been on my thigh for years, but it was after our honeymoon in Mexico that in changed in color and shape. I had gotten a significant sunburn on a boat ride despite wearing sunscreen. A few weeks after returning home, I noticed the change, but ignored it. Doctors are truly some of the worst patients.

I wish I knew then what I know now, but as a young woman, being tan and glowing took precedence over my health. I was young and invincible, and oblivious to what damage I was doing to myself. If I had any advice to give it would be to take care of your skin starting as early as possible. Also, pay attention to spots or moles that change and have them checked out, especially if you have a history of sun exposure or a family history of skin cancer. The sunspots, broken blood vessels, wrinkles, and potential skin cancer are simply not worth it.

I am so grateful that my doctor put that bug in my ear about getting a mole check. She was thorough and diligent, and she saved my life. I don’t mind the mole checks anymore, and I never miss an appointment.