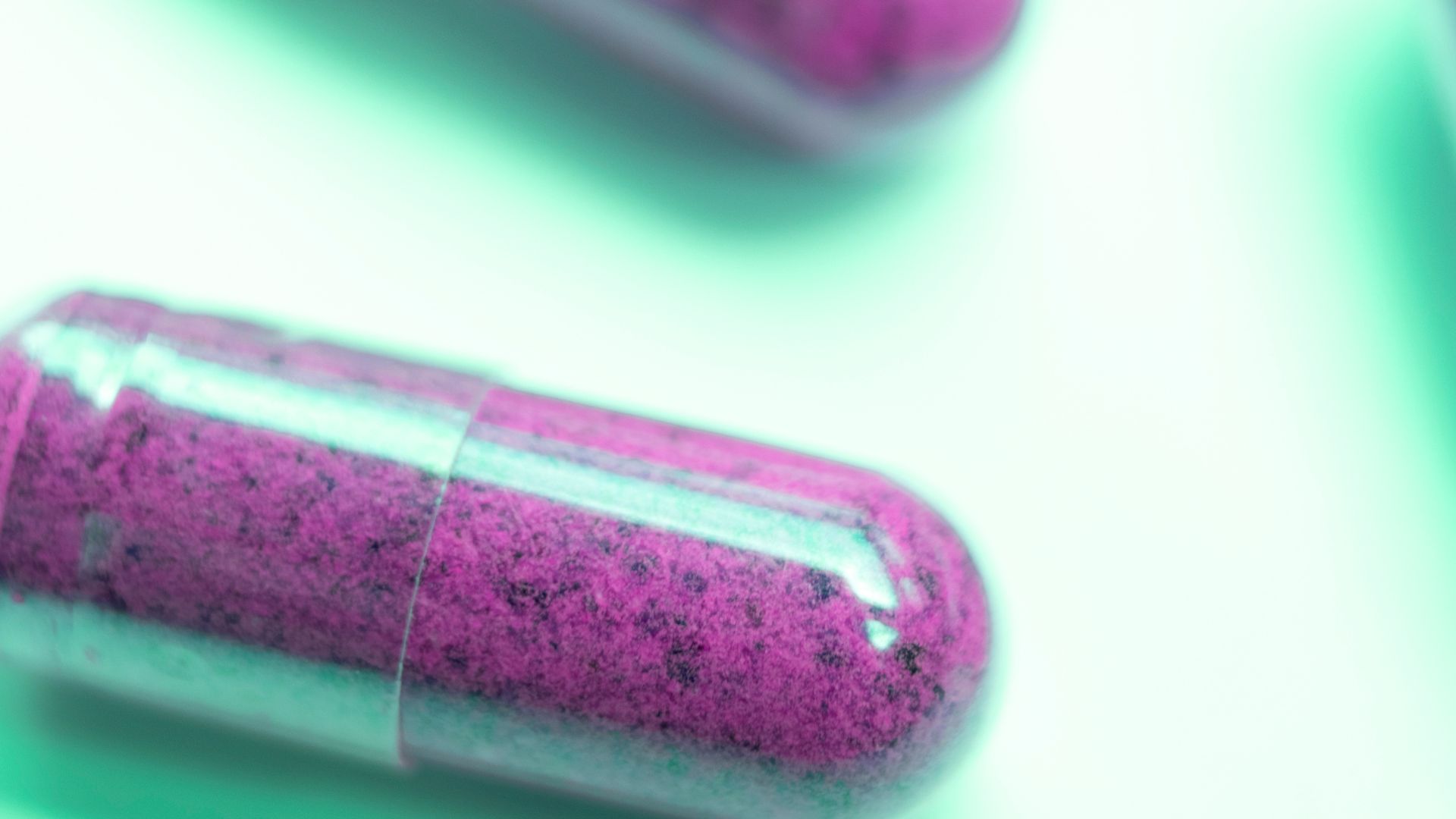 In the last several years, the practice of consuming the placenta after delivery has skyrocketed in popularity because of the reported physical and psychosocial benefits and celebrities saying they have done it. However, no contemporary human culture incorporates eating the placenta, nor are there there are currently no known, firsthand, ethnographic accounts of placentophagy among humans as a traditional cultural practice or medical practice.

Let's take a closer look at what the evidence says regarding benefits, risks, safety and my recommendation.

Placentophagy is the practice of ingesting your placenta postpartum in one of the following ways:

1. Consumed raw or frozen in smoothies or tinctures

2. Cooked or roasted and used in dishes

3. Dried and then pulverized

4. Consumed via placenta encapsulation: raw or cooked placenta is cut into strips and dehydrated in a food dehydrator, heated in an oven, ground into powder, and placed into capsules

State and federal regulations or certifications

Since placental tissue is not sterile, contamination from potentially pathogenic microorganisms cannot be ruled out. There are no state or federal regulations in the U.S. regarding placenta consumption. Some placenta encapsulation providers adhere to federal safety guidelines and are trained in food safety handling. However, a certification is not required or accredited by any governing agency. There are organizations who offer certification for the placental encapsulation process. Unfortunately, there is no standardization or oversight of the "process" and there are significant variations in the process across organizations who do offer certification. Finally, certification IS NOT required in order to do placental encapsulation. In addition, there is no standardized technique for encapsulating the placenta, and there are variations in the temperature at which the placenta is heated and the duration of dehydration, there is a real concern regarding the potential for infectious bacteria to persist in the placenta or be introduced during the encapsulation process.These infectious pathogens could affect both the parent and neonate.

The placenta and its hormones

After fertilization, the placenta develops from the trophoblast and syncytiotrophoblast, which anchor to the endometrial lining of the uterus. The placenta has both metabolic (supply of nutrients and elimination of waste) and secretory (hormonal) functions. It produces hormones and contains iron and micronutrients important for successful maintenance of the pregnancy and growth of the fetus. These hormones include estrogen and progesterone, human placental lactogen (hPL), oxytocin, thyroid-stimulating hormone, adrenocorticotropic hormone, allopregnanolone and corticotropin-releasing hormone. The hormonal contributions of the placenta is the basis for a majority of the proposed benefits of placentophagy, which include the prevention of postpartum depression, increased milk production for lactating persons, reduced bleeding/accelerated postpartum recovery, improved mood and energy, improvement of anemia, decreased pain and improved healing and other benefits.

Although the hormone concentrations are drastically reduced by steaming and dehydration methods utilized in preparing the placenta for consumption, placental hormones are detected both in raw placenta, dehydrated powder and encapsulated pills. The theories concerning the hormonal activity of placenta preparations have not yet been adequately explored by clinical studies, and it is not known if these hormones are biologically active after absorption on the GI tract.

The potential benefits of placentophagy

Because of the iron contained in the placenta, its consumption in the postpartum period has been theorized to help prevent anemia and improve energy levels. However, the intake of placenta capsules does not adequately treat postpartum anemia. In one randomized, placebo-controlled, double-blind clinical study there was no significant change in maternal iron status in subjects consuming placenta capsules or placebo. The researchers concluded that the consumption of placental capsules does not improve postpartum maternal iron levels in individuals who eat an adequate diet, and, more importantly, if the capsules are taken as the only iron supplement, it can cause postpartum iron deficiency.

Consumption of placental estradiol and progesterone is believed to help prevent postpartum depression after acute withdrawal of the increased amounts of circulating hormones during pregnancy are drastically decreased after delivery of the placenta. In fact, the postpartum consumption of the placenta as a hormonal substitute is more common in those who have experienced postpartum depression after a prior delivery. However, it is debatable whether the hormones in the placenta become biologically available after intake as steroid hormones are poorly absorbed orally through the GI tract. In fact, distinct effects on maternal bonding, fatigue and mood postpartum were not demonstrated in one randomized, placebo-controlled, double-blind clinical pilot study after steamed and dehydrated placental tissue was consumed by subjects given placebo or placenta capsules. Finally, a study using sing data from a large, longitudinal study of gene × environment effects involving perinatal subjects with a history of mood disorders found no support for the idea that postpartum placentophagy improves mood, energy, lactation, or plasma vitamin B levels in  with a history of mood disorders.

It has also been theorized that since much higher concentration of hPL is found in raw placenta, a stimulatory effect on milk production and early onset of primary lactogenesis could occur. However, a small, randomized placebo-controlled blinded study of subjects who ingested placenta compared with subjects who did not showed no difference in maternal prolactin levels or neonatal weight gain. In fact, it is possible that since estrogen antagonizes prolactin via hypothalamic suppression, consuming the placenta postpartum may have an opposite effect on improved lactation and milk production.

It is suggested that the oxytocin and prostaglandins in the placenta may facilitate uterine contractility, and thus decrease postpartum bleeding, after ingestion. There is no evidence to support this claim.

A review in AJOG on human placentophagy found "no scientific evidence of any clinical benefit of placentophagy among humans, and no placental nutrients and hormones are retained in sufficient amounts after placenta encapsulation to be potentially helpful to the mother postpartum". No well-designed studies have been able to demonstrate any significant difference or clinical benefit attributed to placentophagy. Most of the proposed benefits have been based on anecdotal reports and self-reported surveys with an inability to account for placebo effects or substantiate claims. In addition, self-reported surveys may underestimate the harmful effects or adverse events after placental consumption.

More importantly, companies or individuals who offer placenta encapsulation services should not make ANY claims of the benefits of placentophagy because there is NO EVIDENCE. Making such claims, like preventing postpartum depression, could prevent or delay individuals from seeking necessary medical care. Studies focusing on the bioavailability of the hormones after oral ingestion and their potential physiological effect are necessary to evaluate the use of placental preparations in the postpartum period.

The potential risks of placentophagy

In a case reported by the CDC, a term infant was readmitted with late-onset group B streptococcus (GBS) sepsis 5 days after completion of treatment for early-onset GBS sepsis. Upon investigation, the parent had been ingesting placental capsules. Breast milk samples did not yield GBS, but dried placenta inside capsules tested positive for GBS. The CDC hypothesized that this infection was due to inadequate eradication of infectious pathogens during the encapsulation process due to lack heating for an adequate amount of time at a temperature high enough to decrease GBS bacterial counts. As a result, the CDC recommends against ingestion of placental capsules.

Increased risk of blood clotting in the parent

Pregnant and postpartum people are already at an increased risk of developing blood clots for a number of reasons. As a result, exogenous estrogen is contraindicated in the immediate postpartum period. The placenta is a major source of estrogen during pregnancy. If placental consumption provides an increase in exogenous estrogen, as proponents of placentophagy speculate, this could cause an increased risk of thromboembolic events.

Toxic substances (tobacco, alcohol, or controlled substances) and heavy metals (lead, arsenic, mercury, cadmium) can accumulate in the placenta over the course of a pregnancy. Consuming placenta pills could expose an individual to low doses of these heavy metals and toxic substances and be potentially be harmful. The frequently reported headaches by individuals who consume placenta in the postpartum period could be associated with the accumulation of these toxins.

Organizations that do not endorse placentophagy

Society of Obstetricians and Gynecologists of Canada

Just because you hear about celebrities or others doing something does not automatically make it the right thing to do. Both providers and patients should be informed of the evidence regarding the risks and absence of clinical benefits of human placentophagy, understand how placentas are being prepared and consumed, and be familiar with the hospital policies and regulations affecting placenta release. Because placentophagy is potentially harmful with no documented benefit, I recommend that discussions with patients on placentophagy should be directive with obstetrical care providers discouraging this practice. In addition, health care organizations should develop clear clinical guidelines to implement a scientific and professional approach to human placentophagy.