What You Should Know About Antenatal Screening: Part 1 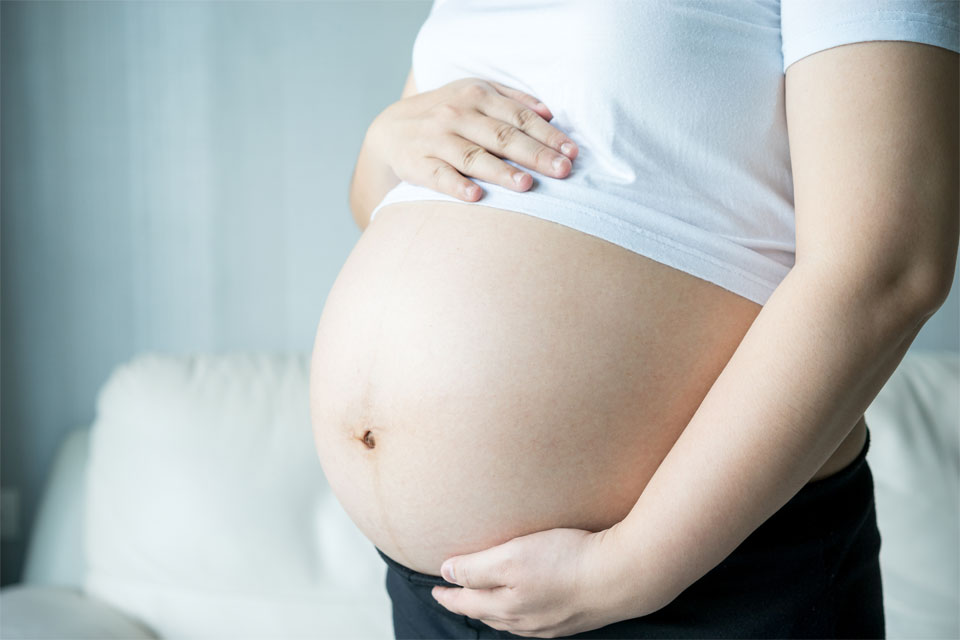 As a Maternal-Fetal Medicine specialist, a large part of my day is spent performing ultrasounds to detect fetal birth defects, screening for genetic conditions or predispositions through maternal blood testing and family history, and counseling patients on the findings of each. The combination of maternal blood testing, obtaining a family history and fetal ultrasound is considered antenatal screening, or screening that is done during pregnancy. Although I am a physician who is trained to address all situations, good and bad, concerning antenatal screening, I once faced a situation as a parent. I would like to start by sharing my personal story.

My wife and I were both 30 when she was pregnant with our first child. At 18 weeks, we opted to have a blood test to screen for neural tube defects (spina bifida), Down syndrome (Trisomy 21) and Trisomy 18; the test was called a quad screen. We were shocked when our results returned positive with a 1:40 (2.5%) chance of having a child with Down syndrome. My wife and I were called into the office that evening, and she underwent an amniocentesis–an invasive test where a needle is inserted into the uterus to obtain amniotic fluid that is sent for diagnostic testing of the fetal chromosomes. The result of amniocentesis was a chromosomally normal female, which meant the quad screen had been a false positive test.

It was not easy to watch my wife undergo an amniocentesis. I am sure she would say it was not easy to have an amniocentesis. The fear and anxiety that had built during the 10 days while waiting for the result of the amniocentesis were manageable, but an unwelcomed burden. We began to think about why we even did the test in the first place. However, the more I thought about it, the more it became clear. We had ordered a screening test (quad screen) with the expectation that it would be normal, and we were shocked when it was not. This is an important point to consider with any screening test, and one must make sure they consider the full range of possible results or outcomes.

Below is a Discussion on Antenatal Screening Tests

This test involves a maternal blood, or serum, sample taken in the second trimester between 15-20 weeks of pregnancy (or up to 22 weeks depending on the lab) to assess a person’s risk for having a baby with spina bifida, Down syndrome or Trisomy 18. These three conditions are included in this test as they are the most common. The quad screen measures four hormone levels in the blood and compares these levels with a large population of pregnant people at a similar gestational age in pregnancy. This antenatal serum screening test establishes what is normal for a large group of pregnant people and what is considered outside the normal range, or abnormal. There are times when hormone levels will be higher or lower than what is accepted as normal. Based on the differences in hormone levels and how this difference corresponds to different genetic conditions, a formula is then used to calculate what the risk is based on serum screening compared to what the risk is based on age alone.

The quad screen has a certain cut-off value below which it becomes a positive screening test. More specifically, the lower the number is, the higher the risk. To continue with the above example, a 35 year-old pregnant person has a 0.4% (1:272) age-related risk for Down syndrome, but say the quad screen returns positive with a 1:65, or 1.5%, risk of Down syndrome. This can be further explained by the following: there is a room of 65 pregnant people who had a quad screen, each with their own individual values of the four hormone levels, and one of the 65 people has a baby with Down syndrome versus a room of 272 women where one of the people has a baby with Down syndrome. This is merely a calculation of risk based on a formula that compares an individual's hormone levels to a large population of individuals. Hormone levels do fluctuate from patient to patient, and the quad screen does have an increased risk for a false positive result, and an overall low detection rate for Down syndrome compared to other methods of screening. In addition, the false positive rate increases as maternal age increases.

The quad screen is a valid option for people desiring antenatal serum screening, but it is important to remember that it is a screening test. If the result comes back with an increased risk of having a baby with Down syndrome, further counseling and testing will be recommended.

For “What You Should Know About Antenatal Screening: Part 2” click here!