What You Should Know About Antenatal Screening: Part 2 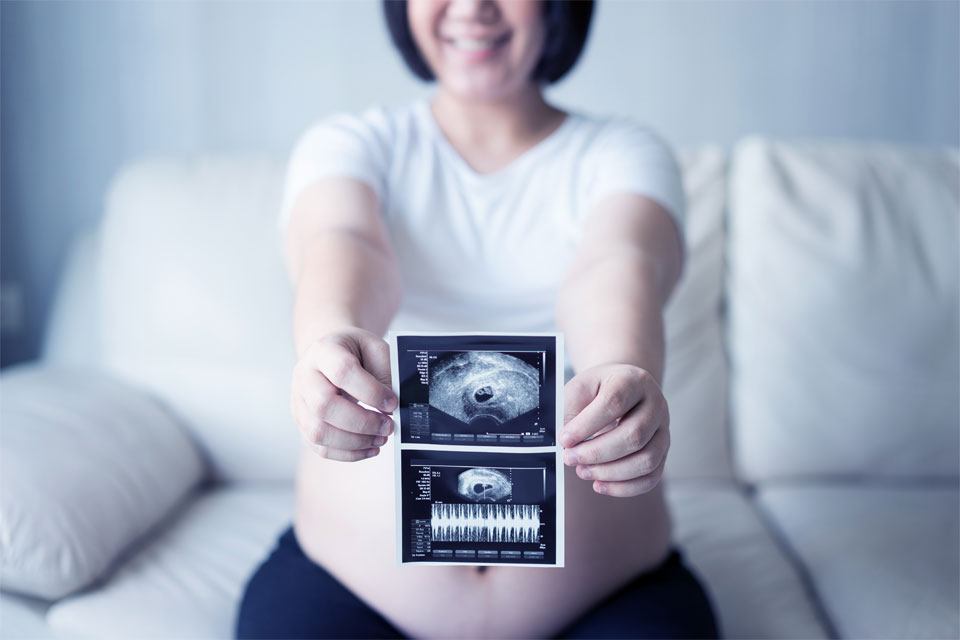 The ability to detect Down syndrome through antenatal screening has increased with the addition of first trimester screening, or screening at less than 14 weeks of pregnancy. This involves measuring the nuchal translucency (NT), or the thickness of the back of the fetal neck, between 11 to 13 6/7 weeks of pregnancy through ultrasound. It is known that increased NT thickness is associated with genetic abnormalities and heart defects. The measurement of the NT, fetal gestational age and patient’s age is recorded and compared to a population average, and a ratio or percentage of risk is given. In addition to the NT, some physicians will also evaluate for the presence or absence of the fetal nasal bone. I do not routinely evaluate the nasal bone because there is significant variability in how physician’s view and measure the nasal bone. In other words, physicians do not always agree on the presence or absence of a nasal bone at this early gestational age. In addition, visualization of the fetal nasal bone at less than 14 weeks can be difficult.

Hormone levels can also be checked in the first and/or second trimester along with the NT and interpreted in a similar fashion as explained previously (Part 1) for the quad screen. Two markers can be checked in the first trimester in the maternal blood: pregnancy-associated plasma protein-A (PAPP-A) and human chorionic gonadotropin (HCG). The second trimester maternal blood sample checks for four markers: unconjugated estriol (µE3), alpha-fetal protein (AFP), human chorionic gonadotropin (HCG) and inhibin A. These are the same markers that are checked on a quad screen. There are different variations of combined screening (NT + antenatal serum screening) that differ in regards to when the result of the first trimester screen is available. It is my preference to inform patients of their results as soon as possible. However, some patients choose not to know the result of the first trimester screen until the second trimester result is complete.

Although this screening strategy increases the detection rate of Down syndrome, it is associated with a higher false positive rate in patients 35 years of age and older. It is important to discuss with your physician the options available to you for combined first and second trimester screening, especially if you are over age 35.

The NT alone can be done along with non-invasive prenatal testing (see below).

If quad or combined screening returns positive for a condition, I recommend either NIPT (also known as MaterniT21, Harmony test, Panorama, and others) or a diagnostic test (amniocentesis or chorionic villi sampling depending on the weeks of pregnancy). The NIPT/cffDNA testing is quickly becoming a widely utilized antenatal screening test.

As pregnancy develops, the placenta is formed and attaches itself to the wall of the uterus. This allows the fetus to establish vascular connections to the maternal blood supply that will allow the placenta to provide blood to the developing fetus and support the pregnancy. The cells of the placenta are made from the fetal DNA and are replenished over time. As the placental cells are sloughed off and replaced, they enter the maternal blood circulation and are digested. The digestion of these cells releases fragments of the fetal DNA into maternal blood. Hence the name, "cell-free fetal DNA". At 10 weeks of pregnancy and beyond, a maternal blood sample can be used to isolate the fetal DNA, which can then be tested for Down syndrome, Trisomy 18 and Trisomy 13. An added feature of NIPT/cffDNA testing is that it can determine the sex of a pregnancy by detecting the presence or absence of a Y chromosome very early in pregnancy.

In my practice, NIPT/cffDNA has caused a dramatic change in how I evaluate pregnancies at increased risk for genetic conditions. Before NIPT, I evaluated an abnormal quad screen with an ultrasound and offered an amniocentesis, which is an invasive diagnostic test. NIPT has a 99% detection rate for Down syndrome, which is similar to an invasive test, i.e. amniocentesis or chorionic villi sampling. Patients now have the option of a non-invasive serum screen, which has led to a reduction in the number of amniocenteses performed in my office. However, this test is still considered a screening and not a diagnostic test. The benefit of this test is that it does not rely on hormone levels or a comparison to other pregnant women. This is simply testing the fragments of the fetal DNA isolated from the patient’s blood. If the results of the cffDNA test are positive for Down syndrome, Trisomy 18 or Trisomy 13, a diagnostic test will be recommended, i.e. amniocentesis.

The NIPT/cffDNA test is expensive. There are some insurance providers that cover the test completely, some that require an out of pocket fee, and some that do not cover it at all. If you are a candidate for the NIPT/cffDNA test, make sure you are aware of any out-of-pocket expense. Insurance companies that offer NIPT/cffDNA screening differ on whether or not they cover the testing for low- and high-risk pregnancies. High-risk pregnancies include the following: maternal age over 35 years, abnormal antenatal serum screening, abnormal fetal ultrasound, or family history of a genetic condition.

For “What You Should Know About Antenatal Screening: Part 3" click here!