Why Do Baby Bumps Look So Different On Different Women? 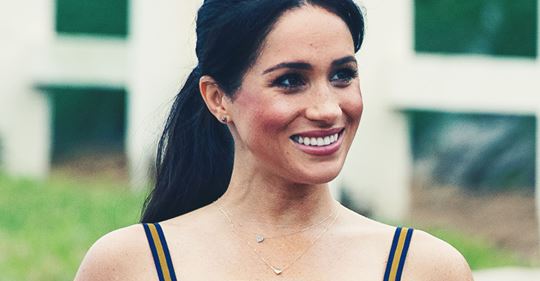 Spurred by the revelation that Meghan Markle and Prince Harry are expecting their first child, the Cut did some research into the science behind baby bumps. Specifically: Why do baby bumps look so different on different women? In one photo I came across of two women in the same trimester, for instance, one looked hugely pregnant while the other was barely showing. My mind was blown. Why? How?

Typically, baby bumps become visible in the 12 to 16 week range, because “the uterus does not leave the pelvis until after 12 weeks,” said Dr. Shannon M. Clark, an associate professor of obstetrics and gynecology at the University of Texas Medical Branch at Galveston. Beyond that, though, it’s hard to define a “typical” bump. Angela Garbes, author of Like a Mother: A Feminist Journey Through the Science and Culture of Pregnancy, emphasized that there is no “standard” when it comes to baby bumps (or pregnancy for that matter). A baby bump is “a protrusion,” she said, but it’s not always “a joyful bump” with “glowing-orb-of-life” vibes — and it can look very different in different women. For instance, she mentioned A.K. Summers’s graphic novel Pregnant Butch, in which the protagonist feels like a fat man with a beer belly. “There are as many ways to be and look pregnant as there are people who get pregnant,” Garbes told me. “Which is to say: an infinite variety.”

Click here to read the entire article on The Cut!